On May 2018, the European Commission circulated legislative proposals on specific provisions for the European territorial cooperation goal (Interreg) supported by the European Regional Development Fund and external financing instruments for the next multi-annual financial framework for the period 2021-2027. These proposals were the beginning for discussions on the conditions for the implementation of the new cross-border cooperation programmes.

The Joint Programming Committee and the Task Force meetings are organised regularly to progress with the Programme Document development and to create an enduring basis for mutually beneficial cross-border cooperation between Latvia and Russia during the 2021-2027 programming period!

Preparation of the Programme is organised in compliance with partnership approach described in Commission Delegated regulation No 240/2014, where partnership implies close cooperation between public authorities, economic and social partners and bodies representing civil society at national, regional, and local levels throughout the whole programme cycle.

Representatives of the national delegations of both Programme partner countries in the Joint Programming Committee (JPC) ensure preparation of the programme, including respecting of partnership approach. They consult with relevant national and regional institutions, social and economic partners working in certain fields on regional and thematic priorities to be tackled by the programme and come back with proposals that are discussed by the JPC and taken into account during programming process. In addition to that several steps of consultations with relevant programme partners have been held:

1.Early-stage consultations organised in very beginning of 2020 by the National Authorities (NAs) in order to collect first ideas for the Programme architecture as well as to build strong foundation for cooperation and consultation channels. The Consultative working group (CWG) was formed by the Latvian NA, involving representatives of regional level and line ministries. The CWG consulted the NA on the possible policy objectives, specific objectives and relevant activities to be introduced into the Programme in accordance with national and regional planning documents and strategies, as well as in order to avoid overlapping with other activities financed from other Programmes and financial instruments. The Russian NA collected information from the relevant regional representatives and provided common opinion on possible supported objectives and activities.

As a result of early-stage consultations the NAs developed a basis for JPC to filter initial possible areas of intervention for the Programme and simultaneously clearly indicated areas which should be further analysed to agree upon thematic concentration.

2. Mid-term consultations was organised within development of strategic socioeconomical analysis of the programme. The main aim was to provide in-depth analysis to the JPC on actual relevance of the pre-filtered possible cooperation areas.

2.1. A survey was launched in order to involve all relevant stakeholders and to gather bottom-up information on what is seen from their perspective as the key challenges to be addressed by the Programme, what key themes should be supported, whether there are certain project ideas already on the table and in which spheres, and/or what would be the necessary partnership to realise them. In addition, it was possible to indicate any other recommendations or proposals to be taken into account during programming. Survey was designed in a user-friendly manner, in both languages of the Programme participating countries – in Latvian and in Russian. It was available for filling-in for 2 weeks, from 8th till 20th December, 2020. Balanced representation of geographical coverage was presented and balanced representation of respondents with and without previous experience in the past programming periods was ensured. Alltogether 132 respondents were surveyed from different spheres: municipalities, inhabitants, education and research organisations, regional bodies, municipal education or culture institutions and NGOs, national level bodies and other.

Results of the survey are available here. The results of the survey were analysed and discussed during the JPC meetings and follow up consultations with regional representatives was organised. Based on the survey results and the summary of which areas of intervention is more demanded by the relevant partners a proposal for the Programme thematic scope was designed.

2.2. Focus group discussions were organised further on in May 2021, when agreement on priorities was reached and possible supported actions were defined. NAs invited to participate NGOs and umbrella organizations representing several NGOs and covering Programme’s chosen thematic fields and regions included in the Programme, as well as including partners of the Programme 2014-2020 which might have interest in Programme preparation and implementation and are relevant to the Programme by territorial and thematic field.

As a result of the event, the confirmation was got that selected priorities and planned actions are relevant for participants needs and pose an interest for cross border cooperation from both partner countries. 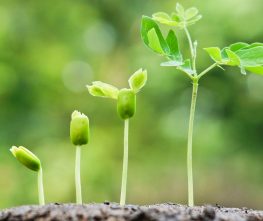 The 5th Joint Programming Committee on the preparation of the Latvia-Russia Cross-Border Cooperation Programme for the period of 2021-2027, met on October 14 to give our cross-border future a precise shape and structure. Twitter Facebook Google+ Email 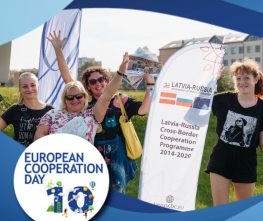 The anniversary European Cooperation Day 2021 unfolded a new opportunity for the Latvia-Russia Cross-Border Cooperation Programme to involve a maximally diverse group of local citizens giving them a unique and long-lasting experience of true cooperation within the brand-new environment created by #latruscbc projects. Twitter Facebook Google+ Email 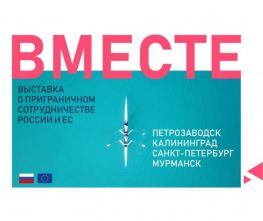 Latvia-Russia CBC Programme 2014-2020 has become the part of the travelling exhibition “ВМЕСТЕ” (“TOGETHER”) initiated and developed by Delegation of the European Union to Russia with the support from the Ministry of Economic Development of Russia. Twitter Facebook Google+ Email