Latvia-Russia CBC Programme was awarded an honorable opportunity to join a long term campaign that is initiated by TESIM in the framework of the European Cooperation Day 2017.

The aim of this campaign is to create a dialogue between young people on the reality of border regions and the importance of these regions, even those far from the external borders. In addition, to explain to the general public what cross-border cooperation is and how it illustrates the positive change reached in the border regions.

The “kick off” of this entire initiative was the European Cooperation Day event which took place at the IHECS school in Brussels on 26 September. Here, a group of Masters students met ENI CBC programme representatives from both Member States and neighbouring countries of the EU. Latvia-Russia CBC Programme was represented by two information managers – Dace Spelmane and Elena Makarova.

4 students involved in TESIM project visited Latvia-Russia CBC programme area in November 2017 to gain a first-hand insight into the added value of partnership stories across borders. They met the key actors of project “People with Nature” implemented by Latvian and Russian partners in the previous programme period under Estonia-Latvia-Russia CBC programme. The project to visit was chosen by the students themselves as one that is able to show distinctly people-to-people communication across the border. The students visited both locations of the project: Center for Curative Pedagogy in Pskov (Russia), Social Care Day Centre in Daugavpils and Reittherapy session in Kraslava (Latvia).

These visits formed the basis of an audio-visual tool to be produced and further promoted in 2018 to a wider audience during the exhibition for “Next Generation, Please!” in May 2018 coordinated by Centre for Fine Arts BOZAR in Brussels. 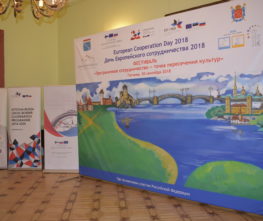 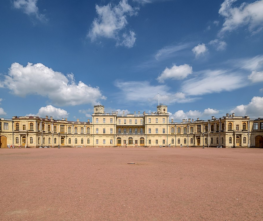 On 30 September, the Festival “Cross-Border Cooperation – Meeting point of Cultures” will take place in Gatchina Palace. The events aims to introduce wider audience from St Petersburg and Leningrad region to achievements, benefits and opportunities delivered by cross-border cooperation. 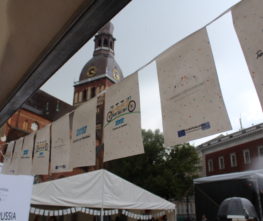 On 16 September 2017, Latvia-Russia CBC Programme joined forces with other cross-border and territorial cooperation programmes in organising an open-air event in the very heart of Riga to celebrate European Cooperation Day.